The Importance of Right to Repair Legislation 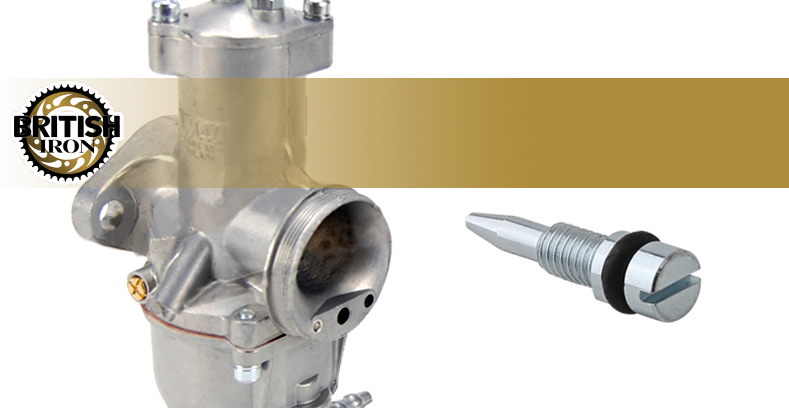 The Importance of Right to Repair Legislation

Written in partnership with The Bonneville Shop

On February 2, 2022, H.R. 6570 was introduced to Congress and was referred to the Subcommittee on Consumer Protection and Commerce.  It has not moved since.  If passed it will become the Right to Equitable and Professional Auto Industry Repair Act.  This bill may have automotive industry in the title; however, it addresses the same restrictive practices in the motorcycle industry.  This bill will prohibit manufacturers from withholding diagnostic data and technical service information (ex.-service manuals), and other things that prevent you or a qualified and capable motorcycle technicians from working on your motorcycle outside of the dealership.

“This bill will prohibit manufacturers from withholding diagnostic data and technical service information (ex.-service manuals), and other things that prevent you or a qualified and capable motorcycle technicians from working on your motorcycle outside of the dealership.”

A lot of people think about Apple and John Deere when they hear the phrase “right to repair” due to recent publicity, however that problem started in the motorcycle and automotive industries more than 30 years ago. There are several manufacturers and government organizations (DOT and EPA) that do not want owners, or qualified independent technicians to be able to work on their motorcycles or cars. Some state governments like Nevada will not provide vehicle owners with the data from passing emissions tests if requested, technicians like me have a problem with that practice because we can tell a lot about the running condition of a motor from that data.  As a veteran motorcycle technician with emissions training and past emissions certifications, I will explain how these practices have been harmful to your wallet and the environment.

Costs of Losing the Right to Repair

Many of the customers at The Bonneville Shop know the difficulty in finding someone to work on their vintage motorcycle because most shops refuse to work on motorcycles more than 10 years old due to parts availability issues. People who own Hinckley made Triumph motorcycles are affected by it more than most. Many independent repair shops and dealers for other brands do not like to work on modern Triumph motorcycles because of the difficulty in finding the necessary service information due to Triumph’s restrictions on that information. Motorcycle mechanics for Japanese brands have the tools, equipment, and training needed to service any Hinckley made Triumph motorcycle.  A lot of the parts are interchangeable with parts for the Japanese brands too.  They turn down the work because professional motorcycle mechanics get paid on a commission basis, so they will lose money if they have to take the time to hunt down the information that should be readily available to them and the owner of the motorcycle.  That makes it an unnecessary burden on Triumph owners in the USA since Triumph dealers are few and far between the transportation cost drives the cost of getting their motorcycle serviced through the roof.

“As far as motorcycles are concerned, you started losing your right to repair with physical restrictions on two mechanical systems based on acts of congress and EPA rules.”

As far as motorcycles are concerned, you started losing your right to repair with physical restrictions on two mechanical systems based on acts of congress and EPA rules.  When I attended Motorcycle Mechanic’s Institute in 1990-91, we were required to learn how to perform emissions tests, repair emissions related systems, and learn about the legal restrictions concerning emissions equipment. Carburetors, EFI, ignition, and exhaust systems are all considered emission equipment.  Since me and most of the students in my class had some previous experience and/or training, we all wondered about certain industry wide changes in the late 70s and early 80s that did not make any sense.

When the Clean Air Act of 1978 went into effect motorcycle manufacturers were legally required to restrict the owner’s ability to adjustment the primary/idle mixture circuit in carburetors intended for highway vehicles.  At first limiter caps were used to limit how far the mixture screws could be turned, these were easily removed.  Since limiter caps were easily removed the EPA made a rule in 1980 that idle mixture screws had to be sealed off.  This decision was made based on the findings of the 1977 report EPA-420-S-77-101, and the 1980 evaluation EPA-AA-TEB-81-8 which used 1977 Buick’s.  Then in 1981 motorcycle carburetor manufacturers (Keihin, Mikuni, and Bing) had to start casting their carburetor bodies in a manner that put the primary mixture screw inside of a boss and blocked off with a solder plug.  This is one reason why Triumph started using Bing carburetors on US export models in 1981.  Every professional motorcycle mechanic who worked in a shop from 1981 to 2010 or later has drilled out a countless number of those solder plugs, and most aftermarket jet kits come with drill bits to remove those plugs.  Triumph motorcycles delivered to US dealerships from 1996-2002 had to have those solder plugs removed so the carbs could be cleaned during the make ready process because the factory did not drain the carburetors before crating them up for shipping.  We were supposed to install new solder plugs, but we never did because they will need to be drilled out again for the next carb cleaning.

Blocking access to the idle mixture screws to cut down on emissions did not make any sense.  The results of blocking off the mixture screws figuratively (and sometimes literally) backfired.  Partially clogged air passages with an open fuel passage in the pilot circuit can cause a motor to run rich, producing high CO emissions, and sometimes the motor will load up and backfire.  A partially clogged fuel passage with open air passages will cause the motor to run lean, producing high HC emissions.  Another problem was what happened if the tip broke off the mixture screw, replacement mixture screws were not easily obtained in the 1990s and 2000s because of EPA legal restrictions on those items. Two automotive carburetor companies were contacted by C.E. Burke when they were writing the EPA-420-S-77-101 report, and that report states that “it can be projected that the sale of replacement carburetors would increase since ready means to correct idle mixture related drivability problems and non-complying emissions would not be available.”  Ever check the prices for new OEM Keihin or Mikuni constant velocity carburetors?  The cost for a set of carburetors for 96-01 Triumph Adventurer was $2,144.66 at the time of this writing.  That is close to what they cost when the motorcycles were new.

Losing the right to repair the idle mixture circuit in carburetors made for a large increase in carburetor sales, piles of unusable carburetors in dealerships, created a lot of hydrocarbon air pollution, and the price of the carburetors is the reason for many of today’s barn finds.

The second mechanical system that manufactures were to block owner access to was ignition timing adjustments.  The development of transistorized and other electronic ignitions made this possible.  You can check ignition timing, but it if it’s off, all you can do is replace your crank position sensor (or pick-up coil).  For most motorcycles manufactured after approximately 1982, if the replacement pick-up coil’s resistance is too far off the timing will be too far off and you will have to buy another pick-up coil.  Significant changes to the resistance in the pick-up coil circuit (loose connection/corroded wires) will result in significant changes to the ignition timing, which will cause excessive CO and HC emissions if you’re lucky. The unlucky results are pre-ignition or detonation blowing holes in your pistons and/or removing chunks of metal from the head and cylinders. Harley-Davidson had the best approach to comply (and get around this requirement to block adjustments) in the 80s-90s, they used rivets to attach an outer timing cover to an inner timing cover to block owner adjustments.  Other manufacturers made their pick-up coils with non-adjustable mounting holes.

The idea to limit ignition timing adjustments was first proposed in EPA-420-R-76-102 in 1976.  The report states that the Emission Control Technology Division contacted a spark plug company that stated that 48% of cars on the road have their ignition timing maladjusted by +/- 1 degree, which is not enough to make a notable difference in emissions.  Then in 1977 the EPA published 7 books on motor vehicle emissions controls, all of which I had to study to get EPA certification in 1992.  Motor Vehicle Emissions Control Book 6 Spark Control Systems says ignitions were advanced to get the best performance and fuel economy.  The same paragraph states ignition timing should be set at or after TDC to reduce HC and NOx emissions.  HC is unburnt fuel and NOx is a natural byproduct of combustion.  This made for inefficient combustion (fuel economy), and that results in unnecessary HC emissions.

Losing the right to adjust ignition timing sent a lot of engines to the junkyard and it is yet another reason for a lot of today’s barn finds.

Please click on the links below for more information on this topic.  Please contact the Member of US House of Representatives for your district and encourage them to vote for this bill.  Hopefully this bill won’t die in committee like so many others.

This website uses cookies to improve your experience while you navigate through the website. Out of these, the cookies that are categorized as necessary are stored on your browser as they are essential for the working of basic functionalities of the website. We also use third-party cookies that help us analyze and understand how you use this website. These cookies will be stored in your browser only with your consent. You also have the option to opt-out of these cookies. But opting out of some of these cookies may affect your browsing experience.
Necessary Always Enabled
Necessary cookies are absolutely essential for the website to function properly. These cookies ensure basic functionalities and security features of the website, anonymously.
Functional
Functional cookies help to perform certain functionalities like sharing the content of the website on social media platforms, collect feedbacks, and other third-party features.
Performance
Performance cookies are used to understand and analyze the key performance indexes of the website which helps in delivering a better user experience for the visitors.
Analytics
Analytical cookies are used to understand how visitors interact with the website. These cookies help provide information on metrics the number of visitors, bounce rate, traffic source, etc.
Advertisement
Advertisement cookies are used to provide visitors with relevant ads and marketing campaigns. These cookies track visitors across websites and collect information to provide customized ads.
Others
Other uncategorized cookies are those that are being analyzed and have not been classified into a category as yet.
SAVE & ACCEPT
0
0
Your Cart
Your cart is empty
Continue Shopping